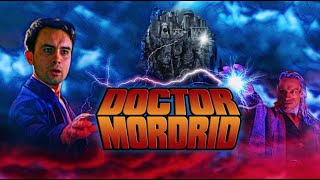 Doctor Mordrid (JEFFREY COMBS; "Re-Animator", "From Beyond", "The 4440") has been guarding the gates to the fourth dimension for over a century and now the signs are clear: his eternal foe, Kabal (BRIAN THOMPSON; "Cobra", "Terminator") has crossed over and is about to carry out his threat to destroy humankind. It's a battle between two sorcerers with boundless powers, and only one man will reign in the end?

Two beings from another dimension; Both sorcerers with immeasurable powers. One has sworn to destroy the Earth; The other has vowed to protect it. Their timeless battle has crossed over from the Fourth Dimension and only one man will reign in the end.

15%off
Invisible: The Chronicles of Benjamin Knight (DVD)
$11 Super Savings
Add to Cart